What if the Sardinian Corsican-Atlantean paradigm is correct 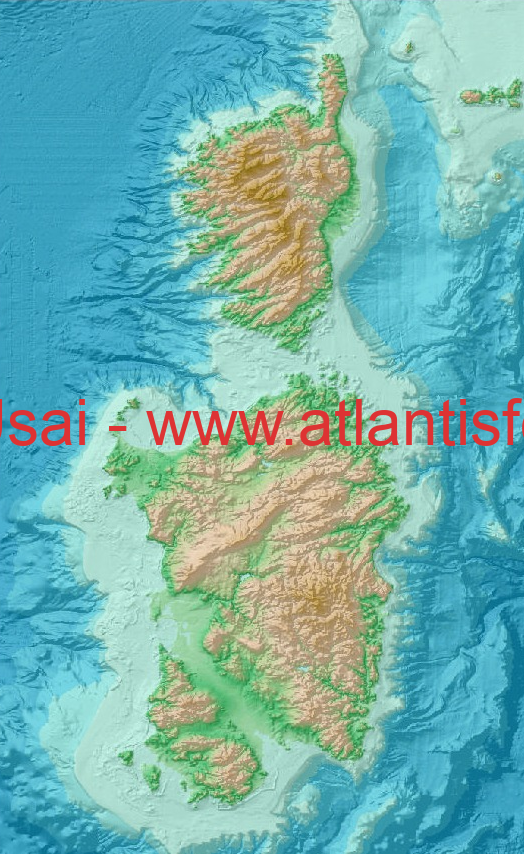 If the Sardinian Corsican-Atlantean paradigm is correct, it means that all the books of the planet’s history and archeology are incomplete. Furthermore, the urban planning books must be changed, because Sulcis would become, according to my statements, the first city known in the world, with peculiar characteristics: built starting from a sacred circular groove; made in concentric circles, as was later done with the Temple of the Sun in Nineveh, with the Port of Carthage, with the city of Troy, with Villa Adriana in Rome, and who knows how many other structures: who had ever noticed? Sometimes maybe we look but we are unable to really see.

The books on navigation must be changed, because they are incomplete and imprecise; architectural books need to be modified to integrate them with new features; the books on aesthetics must be modified, because the Sardinian Corsican Atlantean aesthetics was the first currently known throughout the Mediterranean and Aegean etc …; the philosophy texts must be changed, as Plato spoke as a historian and told the truth, as he was with all the other texts by him. All the texts on ancient statuary must be modified, because now we have Sardinian bronzes and the statuary of Mont’e Prama; if my theory is correct it means that the Sardinian Corsican Atlanteans invented hydraulic engineering, creating systems of canals, and then they also taught it to the Mesopotamians, who modified the course of the Tigris and Euphrates rivers.

If the Sardinian Corsican paradigm is correct, the geography books, the encyclopedias, the books dealing with ancient trade are wrong … all antiquity would have to be rewritten and all the books would be inaccurate, wrong or to be integrated. It’s a great result, I have to admit. And I want to remove the doubt: I am very sure that everything is right, just as Einstein was very sure that relativity was correct, before it was experimentally confirmed, and I want to know this, to avoid misunderstandings. “The genius sees the answer before the question” (taken from a film). If I am right, we will have to rewrite the books on mineralogy, petrology, the books on building materials; and even worse, we may find that the Pyramids were made with Sardinian Corsican labor, which would be incredible. All of this would change the way we understand the whole world.

In short, if the Sardinian Corsican Atlantean paradigm proposed by me turns out to be correct, it will mean that I will have changed and upset, but also put back in order, our whole vision of the world from prehistoric times to today.

How can you deny my thesis: it is very simple, just double-check the development of the Megalithic civilization and at the same time ask for help from Paleoanthropologists: these are able, even through genetics, to prove whether I am telling the truth or lying.

But I already know the answer, because these days I have been studying Paleoanthropology. They too came to the same conclusion, but they couldn’t understand how it was possible. It is obvious that they cannot understand it, as the history books do not even mention the Sardinian Corsican peoples. Yet the Latin dictionaries clearly state that Troy had Ilio as a second name, and that it was founded by the Ilienses. It was enough to understand that the Ilienses who founded Troy are the same Ilienses of the Sardinian Corsican block. It was a logical step anyone could have taken.
Too bad that even Aristotle had not believed in his own teacher. Can you imagine? A student who does not believe his teacher who taught him almost everything. I’d like to punch Aristotle in the face if I could. It’s a crime? 😀 hehehe

I have also made many other discoveries, but for now I will not make them public, I will publish them as books. First I want to see if the world is able to understand my first theses, which are so shocking that there are people who prefer to attack me to defend the status quo, rather than arguing as civilized people to show me where I am wrong in my statements.

Several submerged Ionian cities discovered next to the Echinad Islands

Atlantis exists! Found by Dr. Luigi Usai > Blog > Atlantis-found-and-archaeology-news > What if the Sardinian Corsican-Atlantean paradigm is correct
We use cookies on our website to give you the most relevant experience by remembering your preferences and repeat visits. By clicking “Accept All”, you consent to the use of ALL the cookies. However, you may visit "Cookie Settings" to provide a controlled consent.
Cookie SettingsAccept All
Manage consent